Hey… that’s not a sewing project! 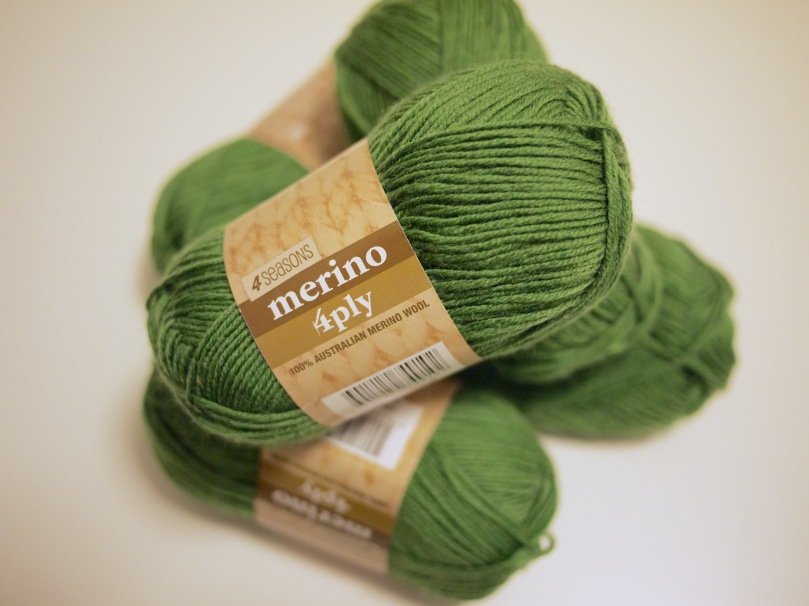 This wool is for the Outfit-Along which I’ve impulsively decided to take part in. If you’ve not heard of it, this event runs for the months of June and July, and to take part you have to knit one garment and sew one garment to make up a whole outfit. I’m going to be making the official OAL patterns – the Zinone knitted lace top and the Hollyburn skirt – but you don’t have to go with those as long as you make a whole outfit.

I haven’t knitted anything proper in about a year – the last serious knitting project I made was a baby blanket for my niece last June. I’ve been musing about picking up my knitting needles again as I don’t want to lose the skill, so when the OAL popped up on my blog feed the other day, the timing was perfect. Plus, I already mentioned that I have another Hollyburn skirt on my sewing plans. There was no way I couldn’t sign up! 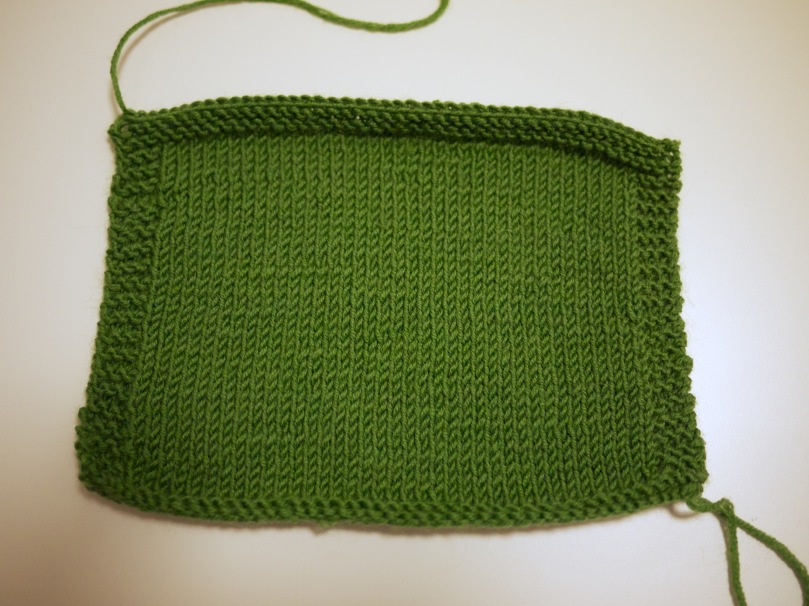 I’ve already made my gauge swatch, and it was bang on first time, which was nice. If you’re not a knitter, you might not know what a gauge swatch is. Basically, if two knitters knit the same square using the same wool and the same needles, the finished square may not come out the same size. This is because different knitters have different tension, meaning they may hold their wool more loosely or tightly as they sew – it’s really down to personal preference as to what feels good when you knit.

Therefore, before starting a new knitting project, you always have to make a gauge swatch – a test square – to calibrate your particular tension against what the knitting pattern expects. Otherwise you might end up with a top that’s 50% bigger than it’s supposed to be! If your sizing is a bit off then you change the size of your needles and try again. Lucky for me, my gauge swatch was just right. I’m going to chuck it in the washing machine and see if it can cope, because let’s face it, I’m too lazy for hand-washing.

Anyway – that’s enough about knitting – what about my sewing projects? Well –

This week I finished a Bettine dress in this gorgeous teal filigree fabric from Chinatown. I absolutely adore it – except for the small fact that the hem of the skirt is far too narrow and I can barely put it on! Why didn’t I learn from my previous Bettine? Totally gutted. I’m not giving up on it though – I’m going to buy some more of the fabric to replace the skirt with a slightly differently shaped one. I’m also thinking of putting a side zip and waist band onto the old skirt so I can wear it on its own.

And this is what’s on my sewing table now:

Hawthorn cutting chaos. I still haven’t found a way of cutting out fabric that I like. I used to pin the pattern pieces to the fabric and then cut around them, but I always ended up shaving a bit of the pattern piece off. So now I draw around the pieces and cut them after, but it’s extremely tedious and it’s hard to draw accurate lines with tailor’s chalk. What’s your favourite way to cut fabric? 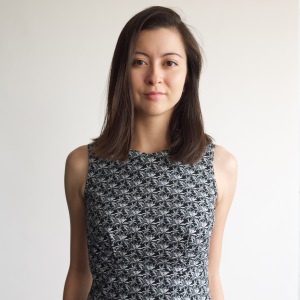 I’m Lisa! Welcome to my blog, where I’m sharing my knitting and sewing projects.